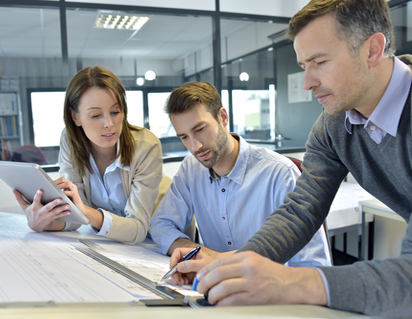 JG Kern is a world class facility that manufactures close tolerance components for drivetrain and powertrain assemblies, chassis frames and other components, starting from developmental prototypes to full production runs. We combine the latest technologies and processes with an exceptional level of customer service to deliver the highest quality, most accurate and durable parts, at the most competitive price point with the shortest lead times.

OUR MISSION
The mission of J.G. Kern Enterprises, Inc. is to meet or exceed all standards of quality and performance in a profitable manner for our customers through organizational development, continuous improvement, and the use of the latest technology. This mission can only be achieved by providing our customers with a superior quality product that is manufactured with the latest technology, competitively priced and is delivered on time. 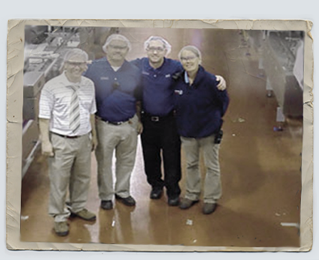 JG Kern Enterprises is a privately held family owned business, founded in 1967 by Joseph Kern. Our first facility – a 2,800 square foot building in Madison Heights, – employed 7 people and produced automation machinery components & military ordinance parts. In 1978 we moved to a larger 10,000 square foot plant – and within a year added another 3,000 square feet.

During the 1980s our product offering expanded to include automotive parts, and the Ford Motor Company awarded JG Kern the Q1 Preferred Quality Award to recognize our ongoing efforts toward quality and customer satisfaction.

In the 2000’s we expanded to over 152,000 square feet and continued to upgrade machinery, equipment & capabilities, allowing for growth of high quality & complex machined & assembled component production.  Higher volume automotive production parts became the major source of our revenue stream. In 2016 we continued to focus on our growth, expanding by
another 45,000 square feet & adding metal plating capabilities.